TapeOp.com
Jamaican electronics whiz kid Hopeton Overton Brown got his moniker “Scientist” from none other than one of dub music production’s founding fathers, King Tubby (Osbourne Ruddock). As a teenager he began engineering and mixing out of Tubby’s, later moving to Channel One and Tuff Gong studios. He is one of the genre’s most prolific and creative forces, while also remaining a sought-after mix engineer and producer. In addition to his own impressive, if not stunning body of solo work, he has worked with Jamaican legends Bob Marley, Roots Radics, Prince/King Jammy, Peter Tosh, and Horace Andy, to name just a few. Meanwhile, current artists such as Hempress Sativa, Ted Sirota, and Khruangbin have all benefitted from his otherworldly presentations of their music. To watch him mix is like watching man and machine become one. His mixes are dance-like performances on the console, and the sound pictures he paints are mystical and dreamlike. I tracked Scientist down and had the pleasure of digging deeper with one of music’s unique geniuses.

Scientist rose to fame cutting some thrilling ‘dubs’ in the eighties. As a Prote’ge’ of the Dub Master King Tubby Scientist quickly honed his trade and captured the world with his unique and eccentric mixes. Born Hopeton Brown 18 April 1960 the way how he worked the mixing board was likened to a Scientist in a Lab not afraid to experiment with sounds and effects . The Scientist of Reggae was born!! Daddy Ranks and Norman Gentles caught up with him after a serious mixing session live in London. Scientist wanted to set the record straight re his rights to re released material . and the truth about Tubby’s. Musical Heatwave is focused on bringing you black entertainment related information. Keen to highlight talent in all its many forms, aiding those who have the skills and creativity but not the resources to showcase their gifts to the world.

DJ 745 speaks with Dub Legend Hopetown Brown aka Scientist in this Rare Exclusive and uncensored interview during his visit to Leicester UK, November 18, 2018

The Scientist explains the concept of making a dub.

Makes it look so effortless. 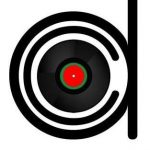